This guide supports students in the First Year Seminar, What Would Captain America Do? 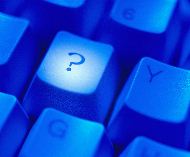 About the Library Catalog

The library catalog of the Webster-Eden Library System contains records for all books, periodicals, videos, media materials and other items contained in the Webster University Library and Eden Theological Seminary - Luhr Reading & Reference Library. Here are some tips for searching our library catalog, saving your searches and renewing library materials.

The catalog lists periodicals/journals held by the two libraries, via a print or electronic subscription. However, the catalog does not tell you which individual articles are in periodicals and journals. For that, you need an article database.  If you want to know if the full-text is available in a database or here in the library, search the Journal & Magazines List for the title of the periodical.

The Webster-Eden Library System catalog is part of a larger catalog called MOBIUS which lists items owned by academic libraries in the state of Missouri and beyond. More about MOBIUS and how to request books be sent to you.

Search by keyword for an eBook in the Library Catalog.

A few books, selected by your librarian, that might help you to find background (especially Reference books) and additional information on topics for your seminar.